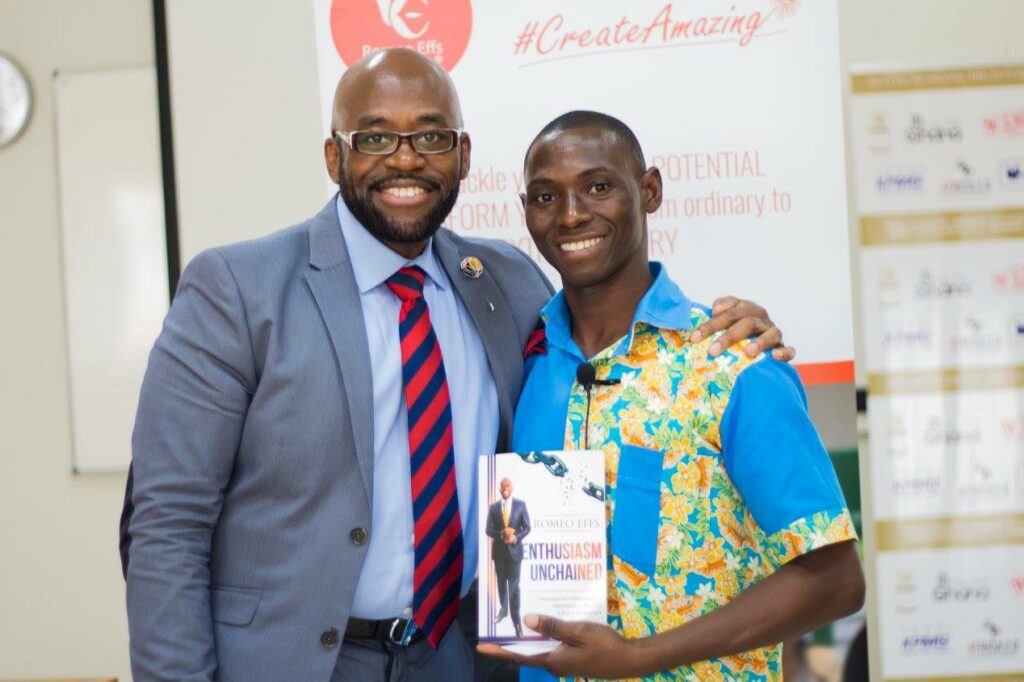 What does a diverse workplace look like in 2032? Interview with Romeo Effs

Since 1976, every U.S. president has officially designated the month of February as Black History Month. Other countries around the world, including Canada and the United Kingdom, also devote a month to celebrating Black history.

To celebrate Black History, we interviewed Romeo Effs, to raise awareness of his work as CEO of Lumorus and find out what diversity means to him, the commitment businesses need to make to be inclusive, not only to create a positive culture but to make every business a great place to work.

Firstly, can you please introduce yourself? Who are you and what do you do?

Hey, I’m Romeo Effs. I’m Founder and CEO of Lumorus, Jamaican by birth and have been living and working in the UK since 2005.

And what is Lumorus in a nutshell?

Lumorus is a boutique consultancy, working with companies in the area of corporate governance, compliance and ethical-social-governance. We work with organisations on, what we call, organisational health, which includes the whole notion of leadership, culture, diversity and inclusion, you know, anything that helps the organisation to function more healthily.

In a nutshell, we believe that businesses should deliver value to all stakeholders, and also be a force for good.

Some consider Diversity is becoming a buzzword across businesses, what’s your take on this?

I completely agree with that. I think a lot of people jump on the diversity bandwagon. Why? Because diversity is easy to achieve. You hire person x, person y, person z and boom you’re “diverse”. What we should be striving for is inclusion and belonging – what use is diversity if I don’t feel a sense of belonging or a sense of inclusion? Once you have this diverse workforce, how do you get them to stay? THAT is where the harder to achieve, but much more significant ideas of inclusion and belonging come in. You can achieve diversity without inclusion, but you cannot achieve inclusion without diversity. Once you achieve inclusion, you will naturally create a culture where people want to stay, want to perform and want to deliver value.

With this idea of inclusion in mind, how can it be used to create actual change within business?

I think the first thing is that the business needs to be committed to being on this journey. Because if you’re not committed, especially at the senior level, then it’s going to become a box-ticking exercise as opposed to trying to achieve true change.

The second thing is that you need to understand your “State of the Nation”, as I call it. The State of the Nation is not just about your diversity stats, pointing out how diverse your numbers are with X amount BAME employees and Y amount of women, etc. Diverse numbers are a good start but what actually matters lies in the functional detail. How do we brand ourselves, what are the gaps in pay between communities and genders, what is the level of psychological safety in your organisation? The way your workforce FEELS is a more pertinent indicator of culture in your organisation than WHO makes up your workforce.

Once you understand the State of the Nation, your organisation will be in a much better position to plan and enact cultural change across the board. Instead of trying to get everyone to fit into a box, you realise that everyone has their own box and their boxes can coexist with each other – what your organization’s role becomes is to figure out HOW these boxes co-exist, instead of reducing them all to one box and labelling it diverse.

This idea of multiple boxes is interesting as it doesn’t reduce our differences to quotas, instead it champions the human behind the numbers. With that in mind, for professionals who are of minority ethnic background, of the LGBT community, etc, do you have any advice on how they should navigate being themselves in a corporate setting? Further to this, should they have to worry about the way in which they navigate themselves in a corporate setting?

Good, good question… So, in my book I wrote about the whole notion of the chameleon effect. That is where, especially people from an ethnic background and people from the LGBTQ community, um, you know, when we leave home, it’s almost as if we change our skin to go into the place of work. I remember one of my partner’s saying to me that I had a mask, because I would be in the living room speaking in a certain way, behaving a certain way, and then a phone call comes in and I switch right away because I see it’s from the office. It’s important to recognise that and identify those moments as they can define your career.

Saying that, we hear organisations say “bring 100% of yourself to work”, but that is a fallacy. It’s not a negative thing, it’s just not the way the world works, I don’t think anyone can bring 100% of themselves to work. Where “being your true self” comes into it, a straight, white man can bring much more of himself to work than anyone else. This is where we need change. This is where we need executives and c-suites to be educated on cultural and community nuances as there will be situations, easily avoidable, which simply come down to a mis-understanding of culture.

I remember working at a consulting firm and getting a call from HR as there were complaints of me speaking in an aggressive tone down the phone. The occasions which elicited complaints were the times I was speaking with my Jamaican grandparents in patois – which, if you don’t know of it, can sound very aggressive. I can’t speak to them in the Queen’s English as 1. They wouldn’t understand it. 2. They would see it as disrespect if I didn’t speak to them in their home language. If those who complained had just asked and understood the cultural nuance, we could have avoided this whole awkward affair.

Ultimately, you have to decide how much of yourself you’re willing to bring to work. If you want to bring more, the best thing to do is network, build relationships and, if you can, get yourself a sponsor. Someone who understands that you are you and will champion you in conversations you’re not a part of. Having someone to vouch for you and your natural self at all levels of the business can embed a culture of acceptance throughout the business.

Finally, what do you want the business world to look like 5 or 10 years from now and how do we get there?

With Lumorus our vision is to make phenomenal leadership and good governance the hallmark of how businesses operate, whilst redefining businesses as a force for good.

In 10 years, I hope to see a lot more businesses taking Ethical Social Governance more seriously, becoming a core part of their proposition as opposed to a tokenistic side-thought. We have to consider how businesses are delivering goods and services, to ensure that we deliver value to our people as well as taking care of our bottom line. By people, I mean both people within the business AND our customers, are we fostering a customer culture which empowers Ethical and Social awareness?

Essentially, that’s the goal and that is what I hope the next 5 to 10 years looks like. Businesses become a force for good internally, as well as for their consumers. Permeating positive change throughout every aspect from the business from the top down.

20th July 2022
Our latest venture, King Street Grooming, a traditional barbershop with a fully equipped treatment floor offering massages, waxing, and face & body treatments for men, recently opened in June and has become a hit with clients all throughout Manchester with 5-star reviews rolling in.  We caught up with our Master Barber Mou Hakki to learn all about his … Continued

5th May 2022
We sat down with new People Operations Specialist at Inc & Co, Katie to learn more about her experince, what she loves about People and the big question everyone wants to know, what to watch on Netflix. Where do you live? Living in up in the wonderful town of Wigan What office will you work … Continued